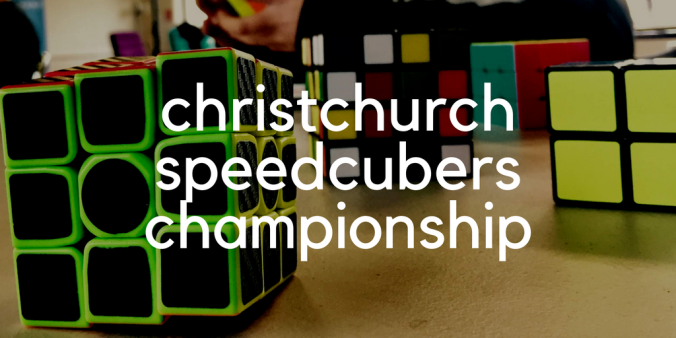 We had SUCH an awesome time at the first ever Christchurch Speedcubers Championship!   Thanks to everyone who came along and made it such a success.

We made some awards!

We were excited to introduce some awards and super custom solid gold trophies at the Championship!  Massive congratulations to:

2×2 – Jake!  (Although we did have to handicap Noel in the final by giving him no inspection time!)
3×3 – Noel!  (Oliver handicapped himself in the final by choking, with some encouragement from the spectators :P)

Check out all of the results from the day here

Check out the September newsletter here, and get in touch if you can help us out by volunteering some time 🙂